Amp My Brand™ | The $225 billion pet care industry is exploding, as millennials delay marriage and babies while turning to pets to ‘fill that void’
11224
post-template-default,single,single-post,postid-11224,single-format-standard,mkd-core-1.1,ajax_fade,page_not_loaded,,burst child-child-ver-1.0.0,burst-ver-1.7, vertical_menu_with_scroll,blog_installed,wpb-js-composer js-comp-ver-6.4.1,vc_responsive 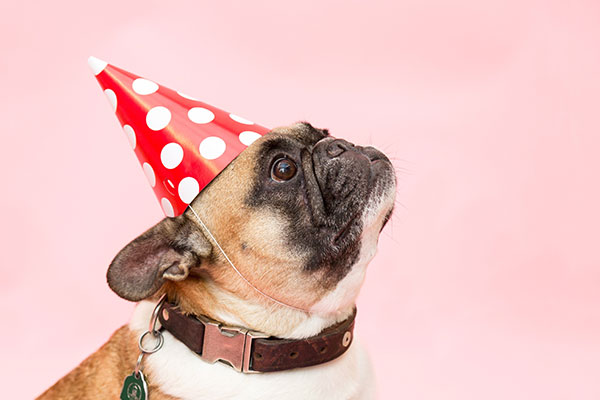 The $225 billion pet care industry is exploding, as millennials delay marriage and babies while turning to pets to ‘fill that void’

The pet care industry is booming, with North American sales expected to hit $281 billion by 2023, according to market research firm Edge by Ascential.

Millennials are putting off marriage and having children, but turning to pets to “fill that void,” according to Ryan Gass, Purina Treats’ senior brand manager.

Pet food brands are launching more upscale and gourmet options, with Purina debuting a line of Pioneer Woman-branded products, based on recipes that television host and blogger Ree Drummond cooks for her family.

“I think the common thread is like how dogs make us feel and pets make us feel. I think we live in a more stressful world than ever. So, we do rely on that comfort and reassurance,” Drummond told Business Insider, echoing a common sentiment among pet owners in 2019.

The pet care industry is booming, as people around the world — especially millennials — blur the line between human child and animal.

In 2018, pet care was a $225 billion business in North America, according to data from market research firm Edge by Ascential. By 2023, the firm expects that figure to rise to $281 billion.

Big brands are eager to cash in on the humanization of pets. Petco is opening kitchens in stores, where people can buy meals prepared by chefs for their pets. Walmart is adding vet clinics to 100 stores. And, Purina is getting into the lifestyle brand space, with a new line of Pioneer Woman-branded pet treats.

“Millennials are bringing pets into their household earlier than the previous generation … They kind of delay marriage, but those pets fill that void in their life,” Ryan Gass, Purina Treats’ senior brand manager, told Business Insider.

Ree Drummond, who has become a household name as a blogger and television host of “The Pioneer Woman,” can relate to the sentiment.

“From a practical standpoint, I cannot have Louis Vuitton dog carriers, because it would make absolutely no sense,” said Drummond, who lives on a ranch in Oklahoma. “But I’d be in trouble if I lived in the city, because the lines would become even more blurred between human child and canine child.”

“I think the common thread is like how dogs make us feel and pets make us feel,” Drummond added. “I think we live in a more stressful world than ever. So, we do rely on that comfort and reassurance.”

The industry is churning out trendier and higher-quality products. According to data analytics firm GfK, more than 4,500 new pet-food products — the majority of them premium options — were introduced in 2017, a 45% increase from the prior year.

“We are seeing the pet humanization trend proliferate, being increasingly influenced by human trends, such as ethical spending, which means there is a bigger focus on health, wellness, sustainability and transparency,” Ioli Macridi, an analyst at Edge by Ascential, said in a statement.

The Pioneer Woman-branded Purina treats fit the bill, with recipes inspired by the meals Drummond cooks for her human family and friends.

“I’ve been in Purina 11 years. You would see trends in our diets, and it would take a few years before it would manifest itself in the category,” Gass said. “But … that timeline has really shrunk.”

SEE ALSO:Walmart is adding veterinary clinics to 100 stores and launching a pet pharmacy as millennials spend thousands on their pets and treat them ‘like their firstborn child’